On this page Zack Ultra features independent businesses he supports; anything from fashion to jewelry to catering and to handmade crafts.  Below you can simply click on the business pic to get to there site, remember to mention Zack Ultra when you make your purchase.

FREE SHIPPING when you spend $15 plus 25% off select beads.

FREE GIFT with EVERY bead order! FREE Gift wrapping for the Holidays just send us a note!

Shop our Panther and Crowns beads or request a custom order at clubninjah.com

New selection of PANTHER and Crown Beads.. Shop Now. We ship fast and are located in the US

Handmade crafts and greeting cards made with love

These  keepsakes are made to order and personalized according to what you  want. Never visit a store again standing and reading through cards until  you find something that's close to what you want to say. With Loving  Keepsakes you are able to use your own words and pictures to create  personalized gifts for family, friends, loved ones, co-workers, etc.  Loving Keepsakes will help you bring joy to that special someone in your  life. These crafts are handmade with lots of love.

Choose a keepake for any occasion

Garuda: Jewelry-Technologies has established it's luxury brand name in a time of roaring debate over wall building the border, an eventful tax return season including the longest government shutdown in the history of the UNITED STATES, and international issues such as the UK's decision to pull away from the E.U.
Garuda: Jewelry-Technologies prizes itself to be the maker of some of the finest copper jewelry, now being dubbed red gold, in the world.
Lovers of the Red metal may now find it easier than ever to invest in copper, as more effective surveying has lead to an explosion in production. As a result of better geological analysis, production of copper cathode, the form used to make the electrical and aquadynamic infrastructure we use everyday, has increased from 0.3-1% all the way up to 5% from the ore extraction.
GJT has postponed the release of the G-phone amid government turmoil which is an 'attention vacuum' that pulls importance away from brand relevance at the time. 'We will wait for a better time," Dáwàd Al-ilah owner of GJT.
GJT owner has decided to only release 4 Wrist Portals per year putting the WP-V VESICA due to be released sometime in March.

Get your copy of the FREE E-Pamphlet! 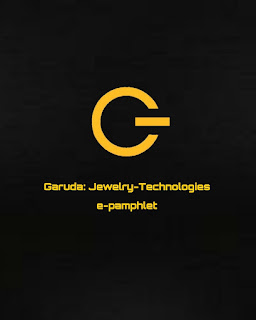 Learn more about the benefits of copper, it's history of healing, and why we at GJT do what we do! Send us an email at garudjt@gmail.com to get a free copy of our E-Pamphlet which contains a wealth of information in a small package. Stay tuned for the latest news and events going on at GJT by following us on IG at garuda_jewelry_tech ! 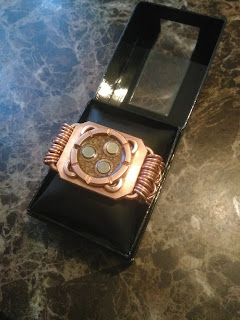 WPIV VIMANA
GJT has just released the fourth Wrist portal Model aptly named the Vimana. A vimana is an aerial craft from the ancient Sanskrit tales of the Mahabharata. These crafts wield great power and had flight capabilities very much like what people today would call UFO's. This wrist piece features three Neodymium Magnets at it's core along with bamboo encased in a durable resin. For more pictures and information go to Instagram @garuda_jewelry_tech!

Become an affiliate with GJT! 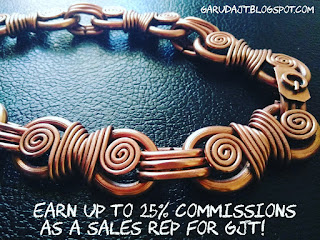 ? You deserve to live to the fullest! Imagine getting paid simply for telling someone about something and then buying it! There's no sign up. There's no membership. Simply refer a sale to GJT and give us your PayPal or Cashapp information and you can earn up to 25% commissions when your referral makes a purchase. Passive income doesn't get much easier